I met with an interesting man the other day at my job. Jeff, a man about 60, who later ended up bringing me gallons and gallons of kangen water to help heal me.  It was awesome.  One of the things I enjoy most about my job as a personal trainer is that I get to meet with random gym goers throughout the week and listen to what's going on in their world.   As I've gotten older I've learned to shut up and actually listen to people.  We all have a unique story worth sharing and we each deserve to be listened to. Not interrupted because we have a similar experience that we deem relatable.  I believe anybody who comes through my life and connects with me on a level more than just bologna talk has a purpose for being there.  Stop talking and truly listen.  Connect.  Experiences come from connections they truly do.

Jeff began asking me personal questions so I felt it was okay to insert some personal information about myself.  I mentioned that I am an actress;  the golden globes were then talked about, which led him to mention a commencement speech that Jim Carey had addressed to recent graduates of MUM college. I hadn't watched it, and he suggested that I do so,

Later that day after a rainy, freezing walk at Lake Padden I got home and prepped some breakfast foods.  I haven't been feeling like a prime steak lately, the higher dosages of my meds are knocking me down to select, but it's to be expected.  Any change in medicine can make for a lethargic week or two. Very exhausted, I  snugged in my fluffy bed and You Tubed the Jim Carey speech.  The beginning started off slow, typical JC jokes but as he got going something clicked with me.  Earlier in the week I had a moment... I was taking a walk on the boardwalk, watching so many dogs go by.  I kept thinking to myself how I really really want a dog.  I lost my love with the end of a relationship.  Dizzy, a Rat Terror, ohh I mean Terrier...who Josh and I rescued.  Josh was the guy I dated for 7 years.  We broke up a few months into my Lyme disease treatment.  He's a tall, skinny, enthusiastic, skater/musician guy with more hobbies than the hairs on my head.  Josh has crooked teeth, crazy blonde hair, and a love for the little things in life.  Dizzy was the only one of twelve dogs tied up in her foster home.  We should've known upon arrival that she was going to be trouble.  Later, we should have known for sure when they helped her in our car and didn't bother with our money!  We had to remind them that we needed to pay for Gizzy (her pre-name change).  HA!  I think they were just ecstatic to see her gone after the year or so she had been in foster care.  Dizzy is a bundle of trouble, warmness, and love.  She helped me get through 4 very confusing, ill years of my life and I miss her beyond words.  I used to pretend she had all the same food allergies as me just so could have somebody to relate to.  The Worm.  Skwurm. 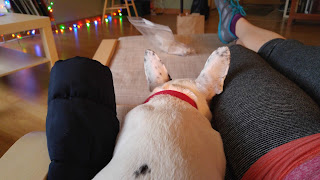 Thoughts of dogs triggered more thoughts such as, how I really need a job, one that pays the Lyme and the bills and allows me to have fun, maybe go on a vacation for once in my life.  All I could think about was, Why can't I?  Why can't I have what I want?  Why?! Why?! Why!


Watch this!  Then come back, things will make sense then I promise.
"You can fail at what you don't want so you might as well take a chance on doing what you love"


That very commencement speech had finished my thought process that I had on that boardwalk stroll.
Yes, I have an illness that zapped 8 years of my life.  Yes, I could have been long done with school and have a career I thought I wanted.  I'm not going to blame Lyme disease for not being where I want to be in life.  It's part of my story but I'm thinking those heads in that Jim Carey painting could be part of it.


Anyway,  Jim Carey talks a lot about the Universe, and so do I.

It was the moment I looked up at a billboard on my way to Pilates and asked myself, Why can't I be on a billboard, only a few months later to end up on a mother fucking billboard! 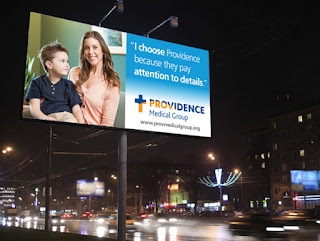 That moment the universe aligned for me.  There are more little miracles than I can count on my fingers.

Buildings should have been falling around me, or on me during the attack on 9/11 but I randomly had a doctors appointment set up for a procedure that day.  The exact time the first plane hit I should have been walking out of the World Trade Center headed to work.  I gave myself 15 minutes to get to work and I needed to be there at 9:00 am.  And trust me,  doctors appointments were not a routine occurrence back in the day.  I switched the years I took my Chemistry and Biology courses in high school and ended up meeting Spada, who helped me get to NYC at the fresh young age of 19.  Once in NY I had a conversation with one of my all time faves, Rachel.  Her roommate was dating Liev Schreiber at the time so celebrities were something we spoke of frequently.  While snacking on Italian treats and sipping coffee I articulated how I could care less of celebrities but one, and gushed how I would loooove to see ETHAN HAWKE.  Rachel and I said our good byes and I walked out of the cafe with the sweetest miniature tiramisu cakes I used to be able to eat.  The cafe was located right across the street from one of my acting schools I studied at, Lee Strasberg Theatre Institute.  I continued straight down 15th street towards Union Square. Took a right and who do I see, ETHAN FUCKING HAWKE with his son on his shoulders walking down Union Square.  We didn't have cell phones that took pictures back then, it was the early 2000's. Life wasn't about asses on Instagram, lots of likes, and making your life seem like a dream.  We all just lived with our personalities and whatever we felt like doing...not for the sake of the photograph, likes, or the attention.

Things happen, they just do.

It's a weird feeling when it happens.  It feels crazy!  It's you and the universe in that moment.  It's hard to explain and others may question your truth.  But you know and you're not looking for approval.  Keep asking for those moments because they are the best when you get them!

Like Jim says, Risk Being Seen In All Your Glory.
I love that.

Today, now in current time, Why can't I? gets me through my day.  It gives me super powers.

Some Lyme stuff below.

With Much Love, Becky